Real Madrid star Karim Benzema continued his impressive club form for his country after he scored during the 2022/23 UEFA Nations League encounter with Euro 2020 finalists Denmark. Benzema scored for France, but it was not enough after they were beaten by the Danes via a 2-1 scoreline during the game played in Saint-Denis. It was the 2022/23 Nations League opener for the two teams in Group A1. 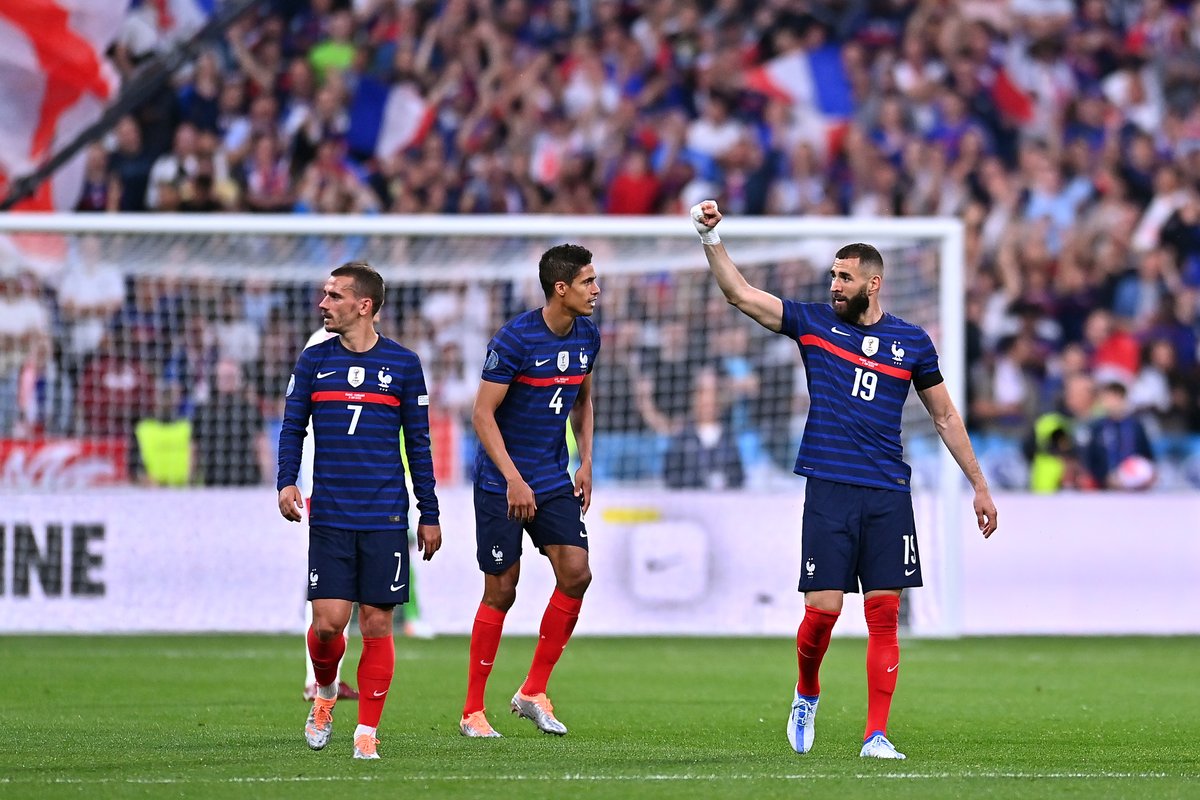 Karim Benzema was in sensational form for Real Madrid during the just concluded club season and he’s the leading contender for this year’s Ballond’oras a result. The Frenchman scored 27 goals as Real Madrid won the Spanish La Liga. In addition to winning the Golden Boot accolade known as Pichichi in La Liga, Benzema also won the Champions League Golden Boot with 15 goals as Real Madrid beat Liverpool 1-0 in the final thanks to the second half strike from Vinicius Junior. The Brazilian attacker scored from close range to propel Real Madrid to victory thereby making it 14 European titles, which is twice as many as the next team, AC Milan on seven titles.

Benzema played for his country against Denmark six days after the Champions League final at the Stade de France with both games played at the same match venue. The reigning world champions dominated proceedings in the first half of the home game with the Dane, but they could not found the back of the net as the two teams settled for a goalless draw at the end of the first 45 minutes. Benzema gave France the lead off the assist from ex-PSG attacking midfielder Christopher Nkunku before Andreas Cornelius came off the bench to turn the game on its head. Cornelius scored twice as a substitute to win the game for Denmark.

France will take on hosts Croatia on Monday in their next game in Group A1, while Denmark will also be on the road against Austria.